Recently I was asked if I would do a short article for the magazine BestPractice – general practitioners in Denmark mostly read it. I was going to cover a subject called dietary biomarkers and risk of type 2 diabetes which I found quite remarkable that general practitioners could find interesting.  Anyway, I chose to accept the challenge and tried to cover this with an example of our own research where we did an assessment of dietary intake without relying on people to report their diet – How you ask? (Or at least I hope the general practitioners ask that and don’t turn the page thinking that this is anything but interesting!)

Well, this was based on an article I co-authored with my former supervisor and good colleagues at Chalmers University of Technology and University of Gothenburg, Sweden.  Otto (the first author) deserves most of the credit for this one since he developed the awesome method used for analysis of the samples, as well as did a lot of statistics work and writing to make this happen. The study was published in American Journal of Clinical Nutrition (2017) and was called “Biomarkers of food intake and nutrient status are associated with glucose tolerance status and development of type 2 diabetes in older Swedish women” (link to the original study)[1].

The idea was that we had a cohort of 64-year-old women who only had blood samples taken, with no dietary assessment. Could we really find out what they ate simply using biomarkers in a blood sample?

What is a biomarker?

Well, it can be almost any type of molecule, which is related to the body that reflects some kind of biological condition or state. For example, anything you can measure in blood, urine, faecal, saliva, hair, adipose tissue, semen, teardrop, nose drip, earwax or other biological fluid or tissue you can get your hands on (and who doesn’t like to get their hands on lots and lots of earwax?)[2]. Sometimes people even use the term on other bodily measurements such as waist circumference, limp length or other more exotic anthropometric measurements as biomarkers [3]. However, most often it is a biological molecule found in body fluid or tissue.

In our case, we measured a wide range of molecules present in a blood sample to try to assess markers related to dietary intake using a really cool method on a very expensive machine[4]. E.g., we tried to assess whether you ate a lot of whole grain, fish, meat or bananas from a blood sample (unfortunately, we were not able to cover the last one otherwise you would have already heard about it in some newspaper or blog stating: “Bananas cure diabetes”).

So, what did we find? Well, if I simplify the findings a bit we found that markers of beef intake (β-alanine) were higher in women with type 2 diabetes and impaired glucose tolerance (on the way to type 2 diabetes) while markers of wholegrain wheat and rye (alkylresorcinols), as well as fatty fish (eicosapentaenoic acid, EPA) and vitamin E status (α-tocopherol), were lower. We also found that a higher fish intake (3-carboxy-4-methyl-5-propyl-2-furanpropanoic acid, CMPF) and vitamin E status (α-tocopherol) were associated with a lower risk of developing type 2 diabetes over a 5-year period.

So, can we rely on biomarkers as our only source of information for dietary assessment? Well, in my honest opinion, no, at least not yet. There is great potential in using such advanced methods for gathering complex biomarker information regarding dietary intake [5](shamelessly citing myself), but for now the current methods do not cover enough dietary markers to cover the entire diet sufficiently. Furthermore, there are other limitations and barriers to overcome related to how far back they cover dietary intake or how specific such markers can be… But that will be the topic for another blog post 😉 Thank you for reading along – feel free to leave a comment. 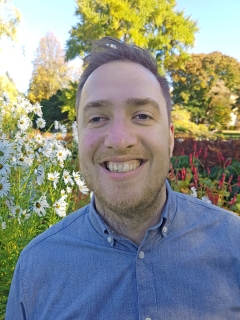 So, nutrition and especially nutrition science is a popular field, where there is an endless amount of information (some more useful than others). So, you might think, why do I want to read another blog about it?

Well, you do! Because this blog is about how science is actually performed using my own research as an example. This will not be a blog about the super-duper-health-effects of some unknown plant/seed coming out of central Fantasyland. As I’m quite a foodie myself, I tend to believe that all foods are good, happy and comforting superfoods – we just need to eat them in appropriate amounts (and I must admit, I struggle with finding the appropriate amount of cake).

As with all research, my research has to be funded (since before mentioned Fantasyland doesn’t seem to exist). Either by companies, private investors, NGOs or government funding programs – or others (feel free to send me your advice…or a check). I have received funding from both companies and government funding programs – which for some means I cannot be trusted. I will try to update my potential conflict of interest so you can decide yourself whether you trust the things I write or not.

I hope that you find the blog interesting and if you have any questions, feel free to send them to me through the contact page.

Welcome on board and let’s eat some science…and cake!